What You Need to Know About Sample Rate

WHAT IS SAMPLE RATE?

To put it simply, we call Sample rate the number of amplitude recordings a computer takes per second. This graph will get you a more visual image of how it works: 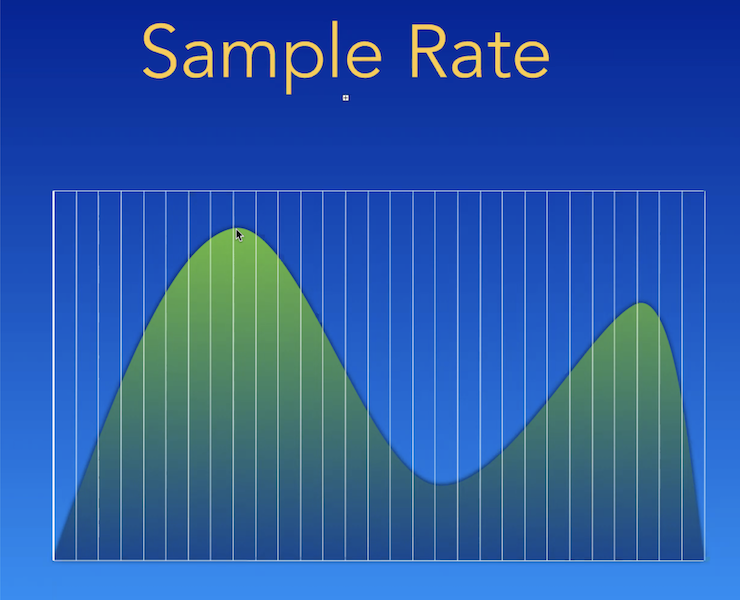 As you can see there’s a waveform in green, and it has been divided into small pieces. Those pieces have a unit of amplitude (dB level, or ‘loudness’, even that’s not entirely correct but we could also call it this way), and that’s exactly what the computer is registering for that small portion of the waveform (audio recording). It might seem impossible but when we're seeing a sample rate of 44.1kHz that's 44.1 thousand pieces of amplitude per second! The same system applies to all the rest of the sample rates, but with even more samples (more about different types later).

Someone might be asking… but why is the computer registering sound with amplitude measurements and not just frequencies? 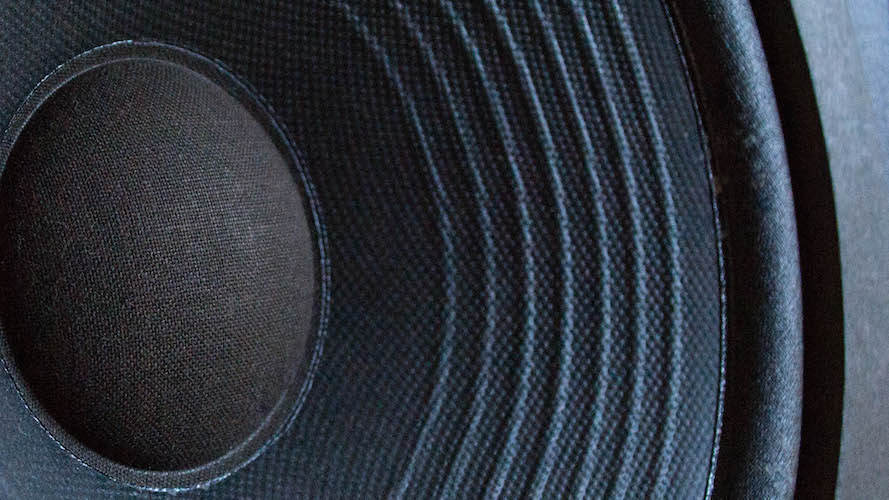 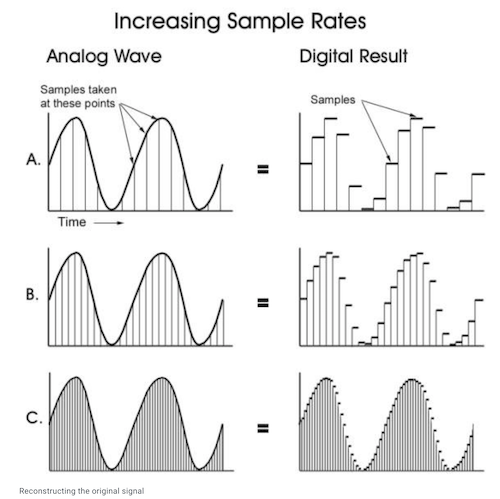 As you can see in the image above, this is what happens when we increase the sample rate. The bigger the sample rate, the more samples are taken by the computer, and therefore the more accurate the digital result is to the original analog wave. However, that doesn’t necessarily mean the sound quality is better. Let’s take a look at the Nyquist Theorem, which tells us more about the issue:

Therefore, we get the following audible limits when recording at different sample rates:

This is the reason why 44.1kHz is the most popular for audio-only projects, as it goes above the 20k threshold of human hearing.

As you might have seen, there are two common Sample rates:

All the rest of sample rates are multiples of these two:

As technology gets better and faster, we get bigger and bigger sample rates to work with.

WHAT SAMPLE RATE SHOULD I USE?

As we’ve seen, there are different sample rates for different projects. While 44.1kHz and 48kHz are the most common ones, when working for a client or collaborating with people there might be different specifications, especially in the video world.

Communication is essential on this matter, and the people you work with or work for should specify at what sample rate should the final result be at. However, there are a few ways to know it on your own:

If you receive STEMS for a project, these will have their Sample Rate embedded into the file. To check these simply click on the ‘Get Info’ of one of the files: 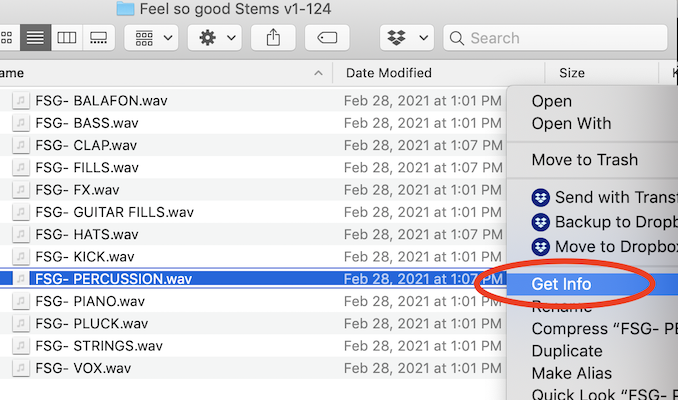 A window like this will show up, where you’re able to see the Sample Rate along with the rest of the information on your file:

For video, the most recommended way to do it is using QuickTime. Open your movie on QuickTime and press Cmd + I to launch the Inspector window. 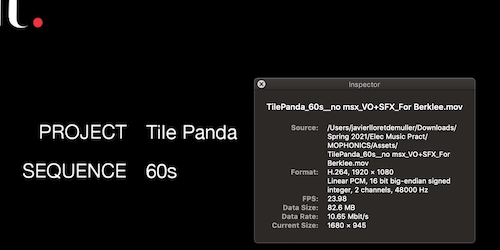 Here you’ll be able to see the Sample Rate along with all the rest of the information on our file.

Now that you've learned this, make sure you don't miss checking the sample rate when you work on your music. Have fun! :)