Vocals in 3 Keys: Know Your Vocalist!

In this example, I am the vocalist (and no, I am not a Berklee vocalist, just a casual singer who fears recording, haha). I chose a song that I am very familiar with and loaded it into Pro Tools. I made my own soundalike demo of the track and recorded only a Verse and Chorus. The purpose of this is to get an idea of what the vocalist will sound like over the entire record by capturing two of the significant portions of the song, and also, you don’t have to worry about recording the whole track, but nothing is stopping you.

For the sake of recording and this article, I chose to use no effects on my vocals!

“I Confess” by Tenth Avenue North

I try to linger in the sunlight

But at night the restlessness takes over

And I'm scared of what's inside

I confess, I admit

I look for life outside of You

I repent, I'm coming back

To the only joy that's true

I don't want to look in a stranger's eyes

When I come into this place

Let me grow familiar with the lines

The lines upon your face

Thoughts on Take 1: Sounds okay! This take was a little pitchy, and I don’t think I confidently hit my jumps, and the highest note in the chorus was sort of on my break. 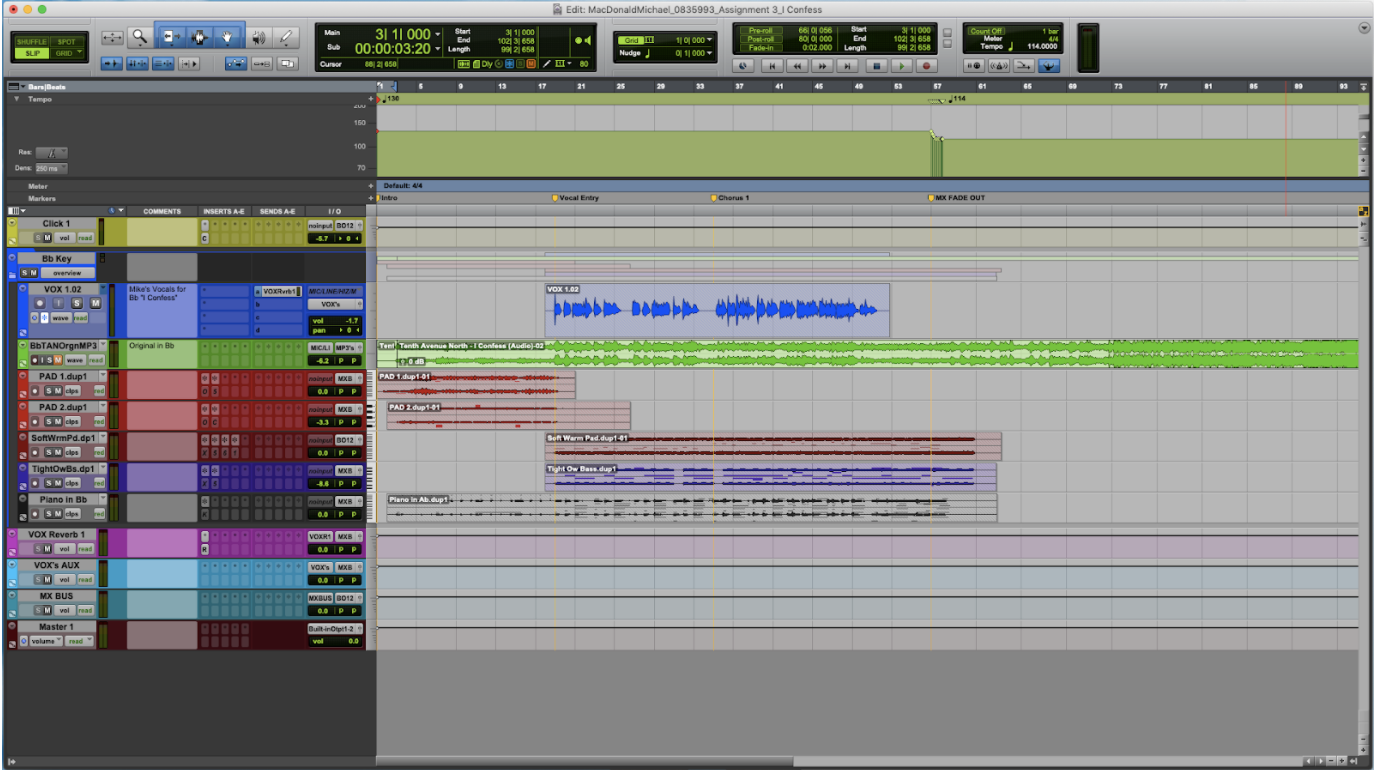 Thoughts on Take 2: This one sounded a lot more confident, and I was on pitch more so than the previous take. I really liked how comfortable I was, and I felt I was getting the words out better too. 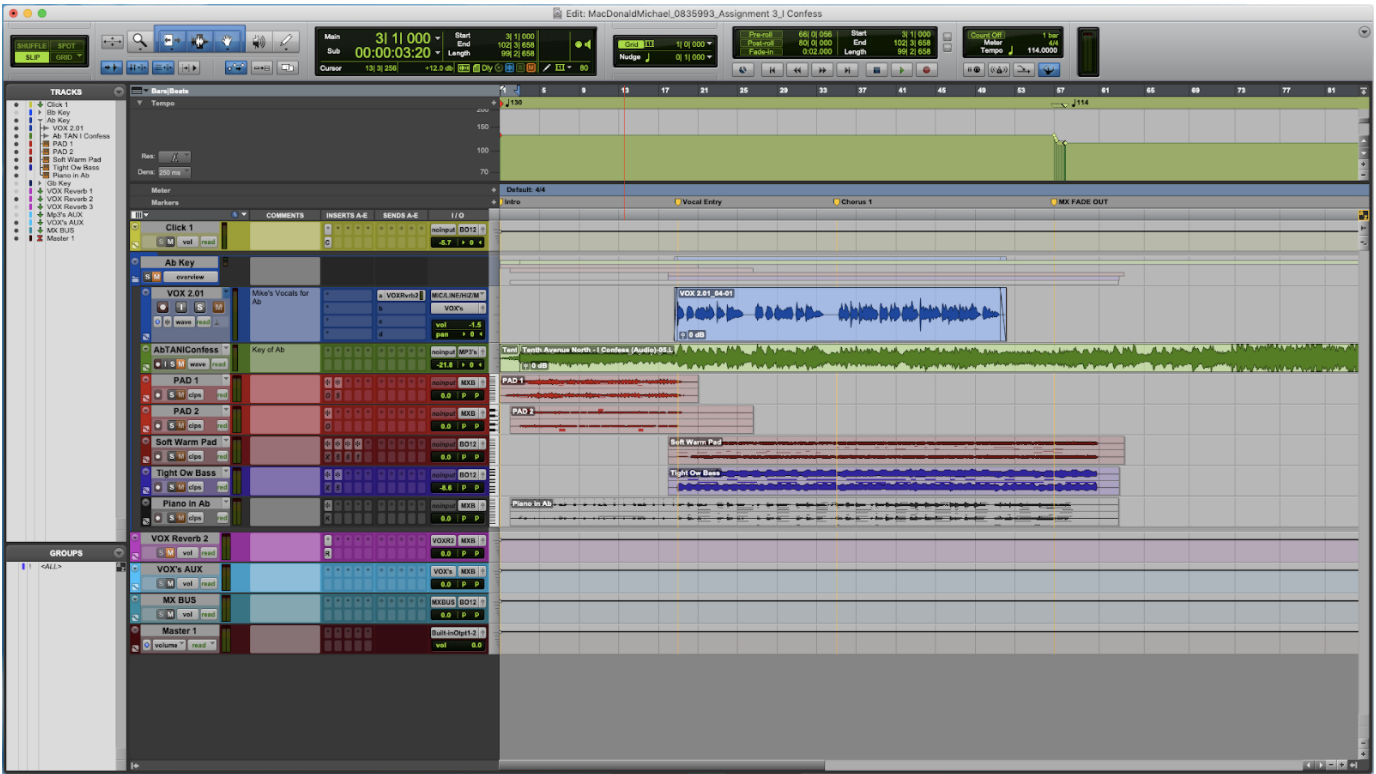 Thoughts on Take 3: This take actually sounded great as well, but because it was so comfortable in my voice, I felt it didn’t carry the same emotional impact as the other two takes. 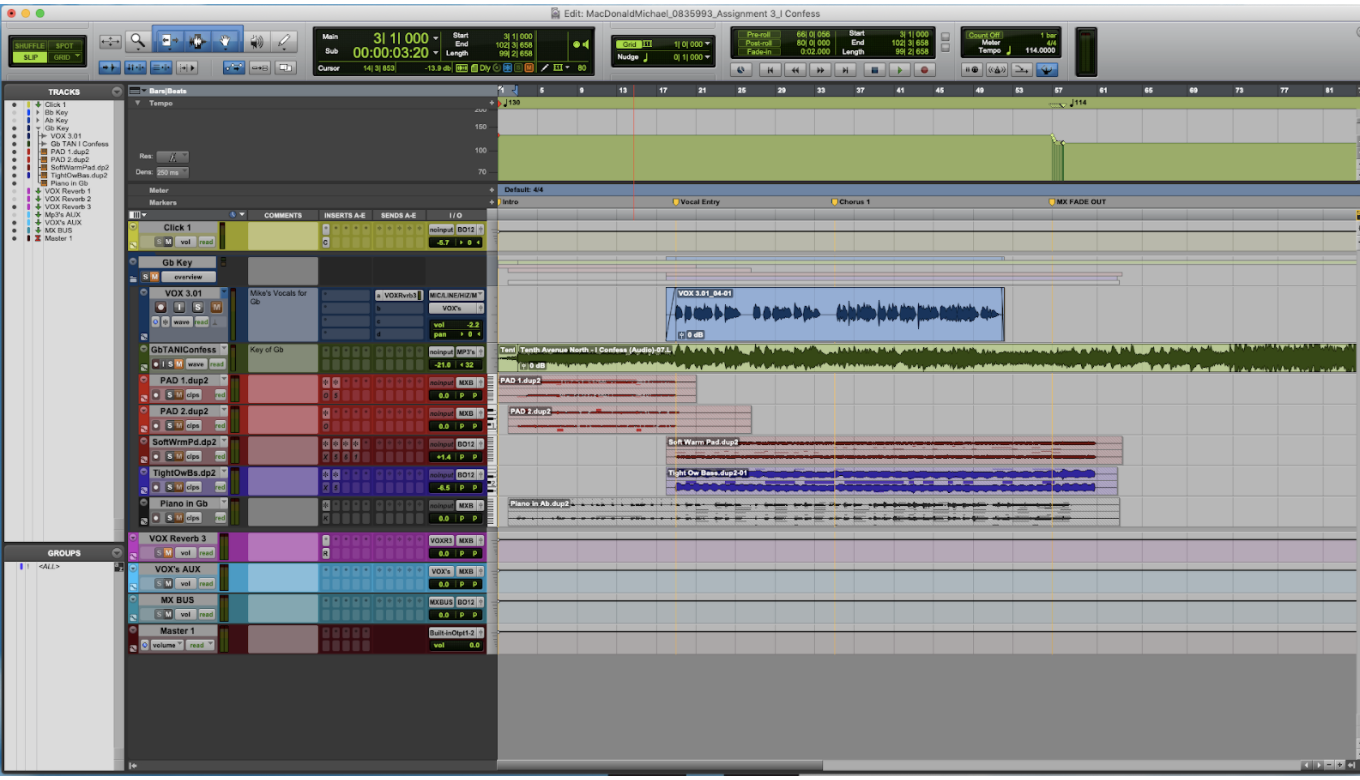 My favorite version of this demo was the 2nd version in Ab major. I heard myself with a different confidence in this version that I don’t believe I had in the Bb version, and I had a more emotional impact than in the Gb version. This is all, of course, from my perspective as the producer, so maybe you will have different thoughts! The most surprising factor was that it wasn’t until listening in post to my 3 takes that I realized how much of a difference I was hearing. During the recording, I felt fine and the same throughout, but my voice was portrayed much better in the Ab version, being able to use my full voice the whole time and not worrying about the top note in the chorus being on the cusp of my break.
My biggest takeaway was realizing how important it is to make a realistic-sounding demo. I am not one for putting in half effort on an assignment, but especially when it comes to a project including vocals. I want the artist and musicians to sound as best as they can while keeping the mix and master as genuine and modest as possible. I enjoyed tracking to one of my favorite songs, and I learned that trying to replicate pad/synth/guitar effect sounds can be very difficult if not equipped with the tools/libraries to do it! Thank God for Omnisphere 2! 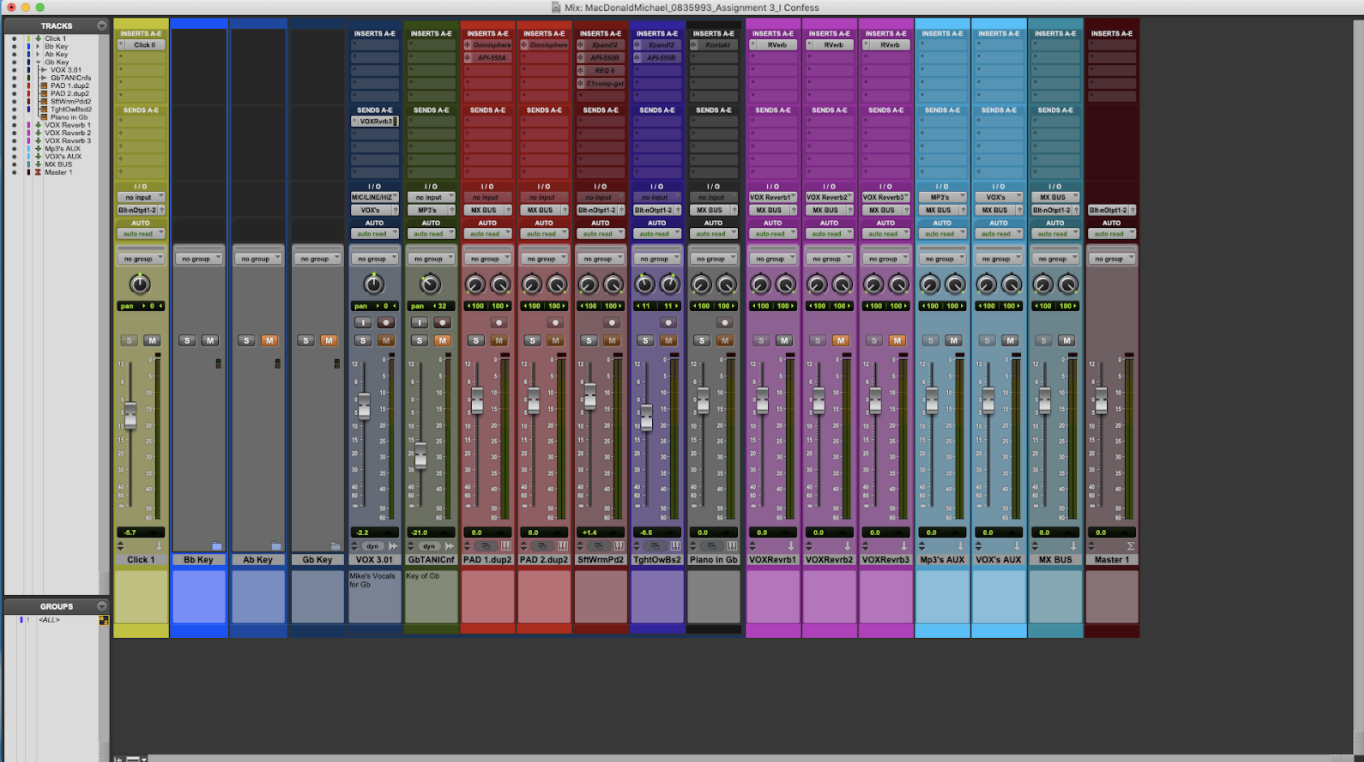