Before Apple purchased Logic and rebranded it into what we know and love today, a company known as Emagic owned the license to the software. This is where the namesake “ES” or “E-synth” comes from. Since the rebrand, Logic has kept six of the original instruments from Emagic’s version of the Software. These synths have been kept in-tact without many updates or interface changes, honoring the Logic’s sound design roots. 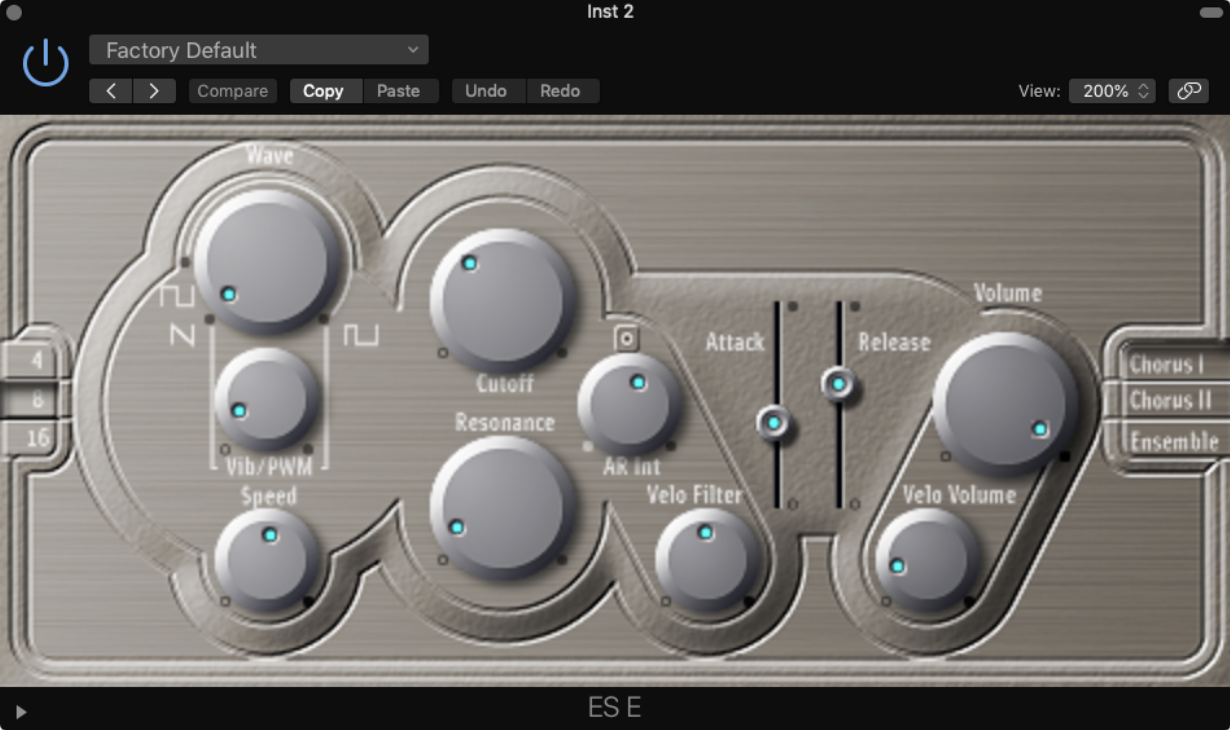 This article will cover Logic's ES E, a simple subtractive synthesizer named "E" for its ensemble effect. This synthesizer is fabulous for creating pad and string textures and is different from ES M because it is polyphonic and features the chorus/ensemble effect.

Subtractive Synth with 1 Oscillator (2 Shapes, not both), 1 LFO, 1 Filter, 1 Envelope with AR controls.

Speed - Controls the LFO speed, i.e. increasing the number of modulation cycles in a certain amount of time. Ranges from SLOW to FAST.

Resonance - Controls the peak gain at the LP cutoff frequency, which can induce a tone at the cutoff frequency when used to the extreme. Ranges from 0% Peak (unity gain) to 100% Peak.

Envelope Control - If you need an detailed look at envelope and synthesis, *ADD LINK*

A - Controls the attack time of the envelope. Ranges from SHORT to LONG.

R - Controls the release time of the envelope. Ranges from SHORT to LONG.

Volume - Output volume control of the envelope. Ranges from QUIET to LOUD.

Chorus I, Chorus II, Ensemble - Selects a Chorus or Ensemble effect on the output of the synth.

Play around with this synth and you will most likely end up with some awesome 80s textures! This engine may seem simple, but it is definitely small but mighty and has its place in the world of rich sound design.