Here’s two of the FAQ’s (Frequently Asked Questions) we get about CUBASE:

The Add Track dialog allows you to set up and add tracks.

To open the Add Track dialog, click Add Track in the global track controls area of the tracklist.

The More Tracks section in the dialogue box shows track types that can only be added once.

#2 What are the different track types in Cubase? 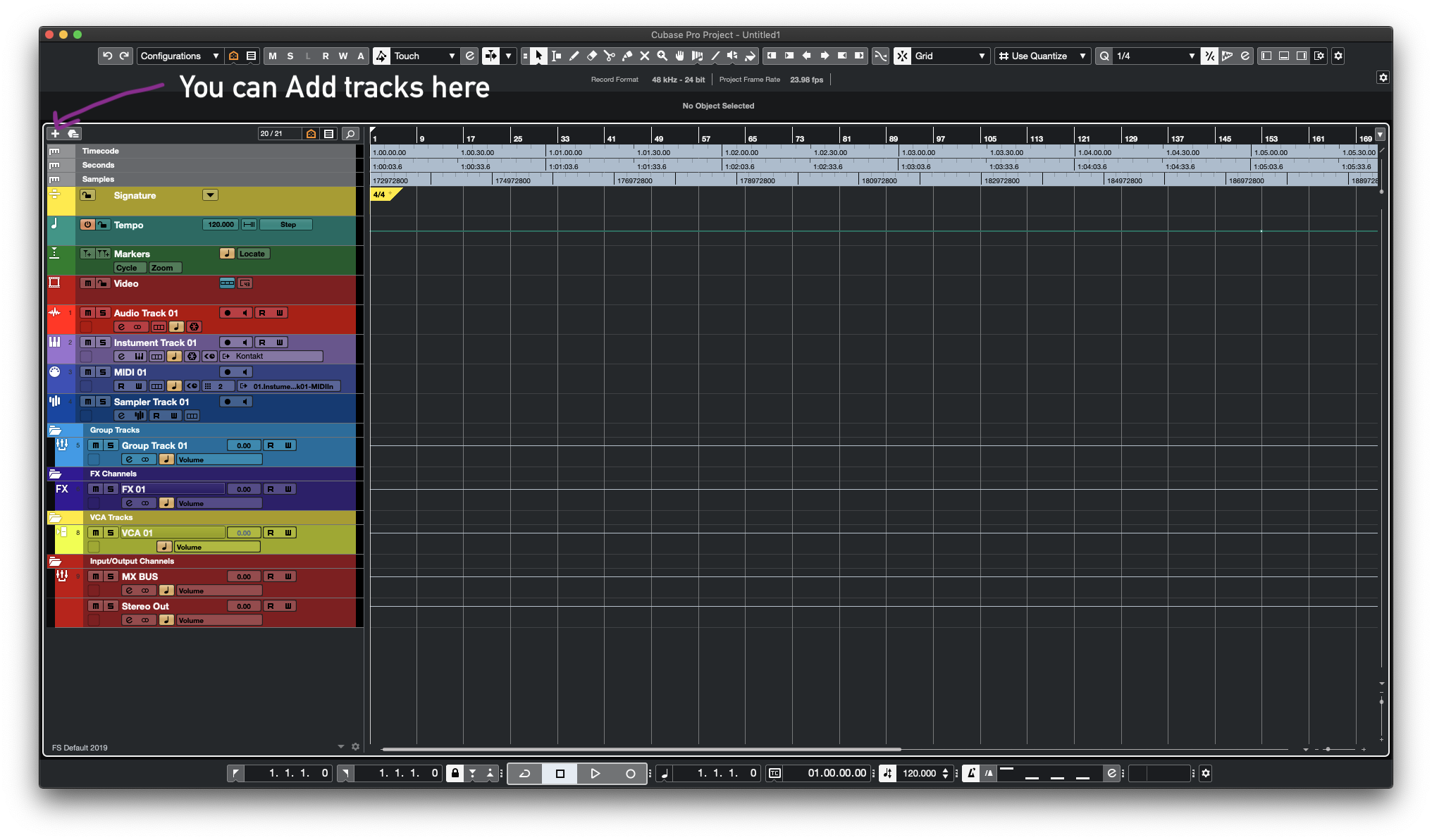 -Audio Tracks: You can use audio tracks for recording and playing back audio events and audio parts. Each audio track has a corresponding audio channel in the MixConsole. An audio track can have any number of automation tracks for automating channel parameters, effect settings, etc.

-Sampler Track: You can use sampler tracks for controlling the playback of audio samples via MIDI. Each sampler track has a corresponding channel in the MixConsole. A sampler track can have any number of automation tracks.

-MIDI Tracks:  You can use MIDI tracks for recording and playing back MIDI parts. Each MIDI track has a corresponding MIDI channel in the MixConsole. A MIDI track can have any number of automation tracks.

-VCA Faders: VCA faders serve as remote controls for groups of channel faders in the MixConsole. VCA stands for Voltage-Controlled Amplifier. VCA faders were originally found on hardware mixing desks. They allowed the user to control the volume levels of several mixer channels with only one fader. To assign channel faders to a VCA fader, the respective channels must be physically connected with the VCA fader. In Cubase, the VCA fader function is based on the same concept. VCA faders are assigned to a group of linked channels, a link group. The VCA faders control the following parameters of the link group: volume, mute, solo, listen, monitor, and record. When you assign VCA faders, they become part of the link group.

-Ruler Track: You can use ruler tracks to show several rulers with different display formats for the timeline. This is completely independent of the main ruler, as well as rulers and position displays in other windows.

Some track types can only be added once, and here they are listed: