Each DAW has its own lingo. There are so many discrepancies in vocabulary between DAWS, that it can be difficult to know exactly which terms mean what. Converting MIDI tracks to audio is one of the most important functions of any DAW, but each one handles the process differently.

In Ableton Live there are two main ways to convert a MIDI track to audio: Freezing and Flattening and Resampling. Each one has its benefits, downsides, and uses; let’s check it out! 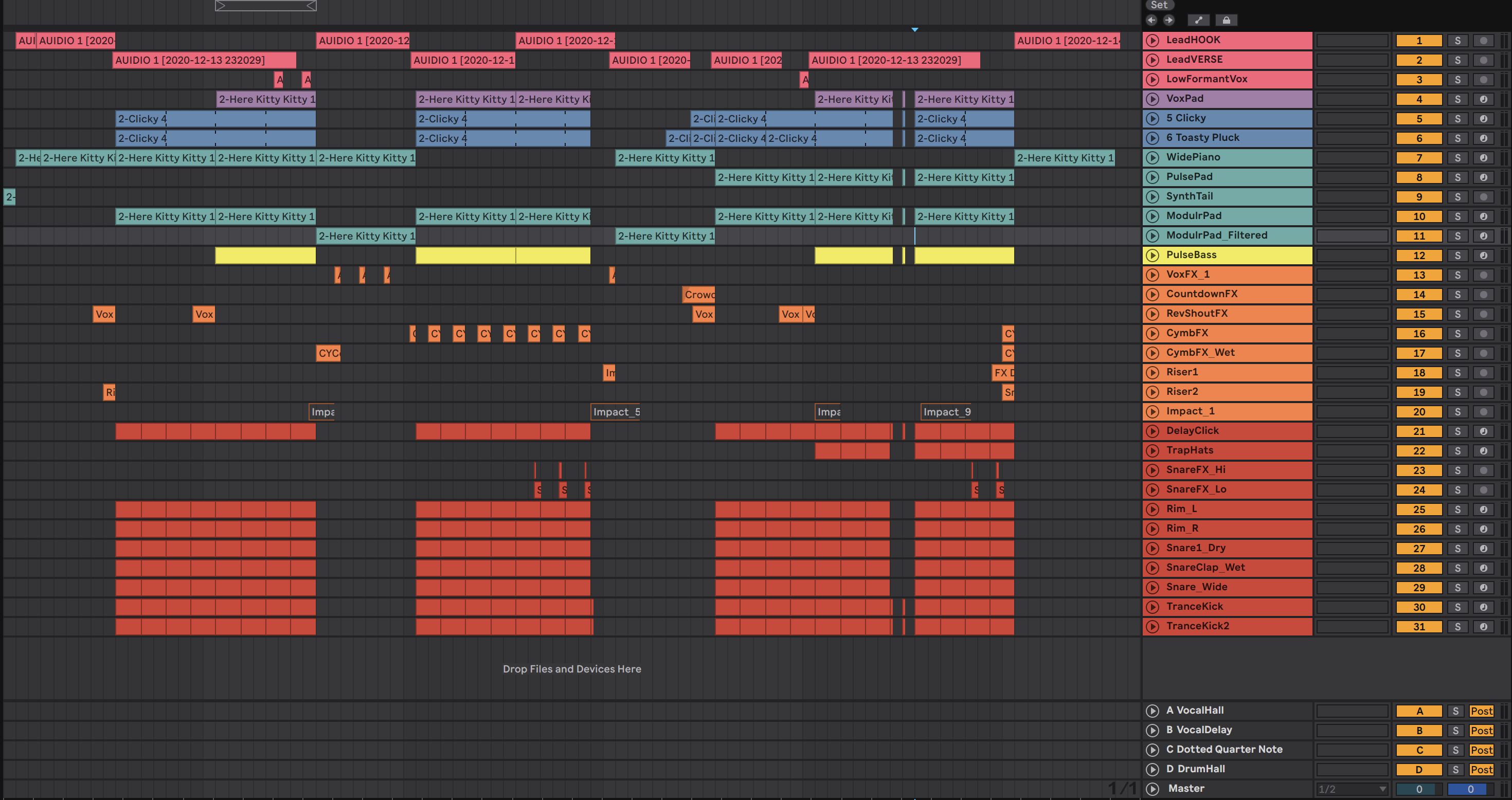 There are a few things to keep in mind when it comes to Resampling.

Freezing is a super important function in any DAW. When a track is frozen, it temporarily renders the PRE-FADER output of the track to audio, keeping the MIDI data, instrument data, and plugin data stored in the track. A frozen MIDI track looks like this: 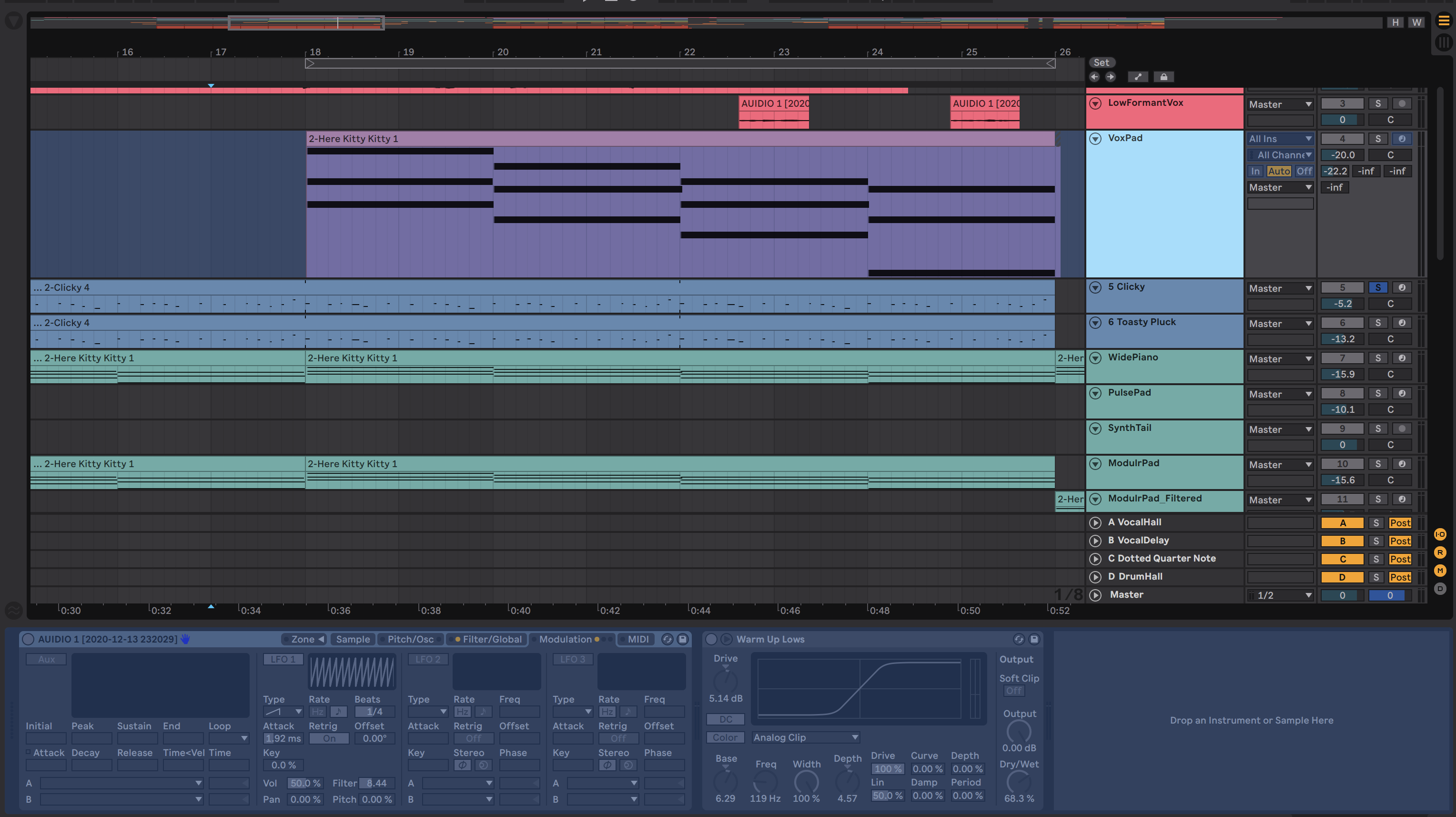 As you can see, when a track is frozen, plugins and effects become greyed out, as well as MIDI data. However, sends, panning, and volume can still be adjusted. This is another great way to save CPU, even if you don’t need to flatten the track! It is also great for sending projects to people who don’t have plugins or software instruments included in the project, but who still want to see what has been done to create a track, or who want to examine the MIDI data. Frozen tracks can be unfrozen at any time, and you can go back to editing your plugins and MIDI sequence.

When a track is frozen, the track then has the option to be flattened. When a track is flattened, it is converted to an audio track with any on-track effects written into the audio, but with its volume, panning, and send data preserved for further adjustments. 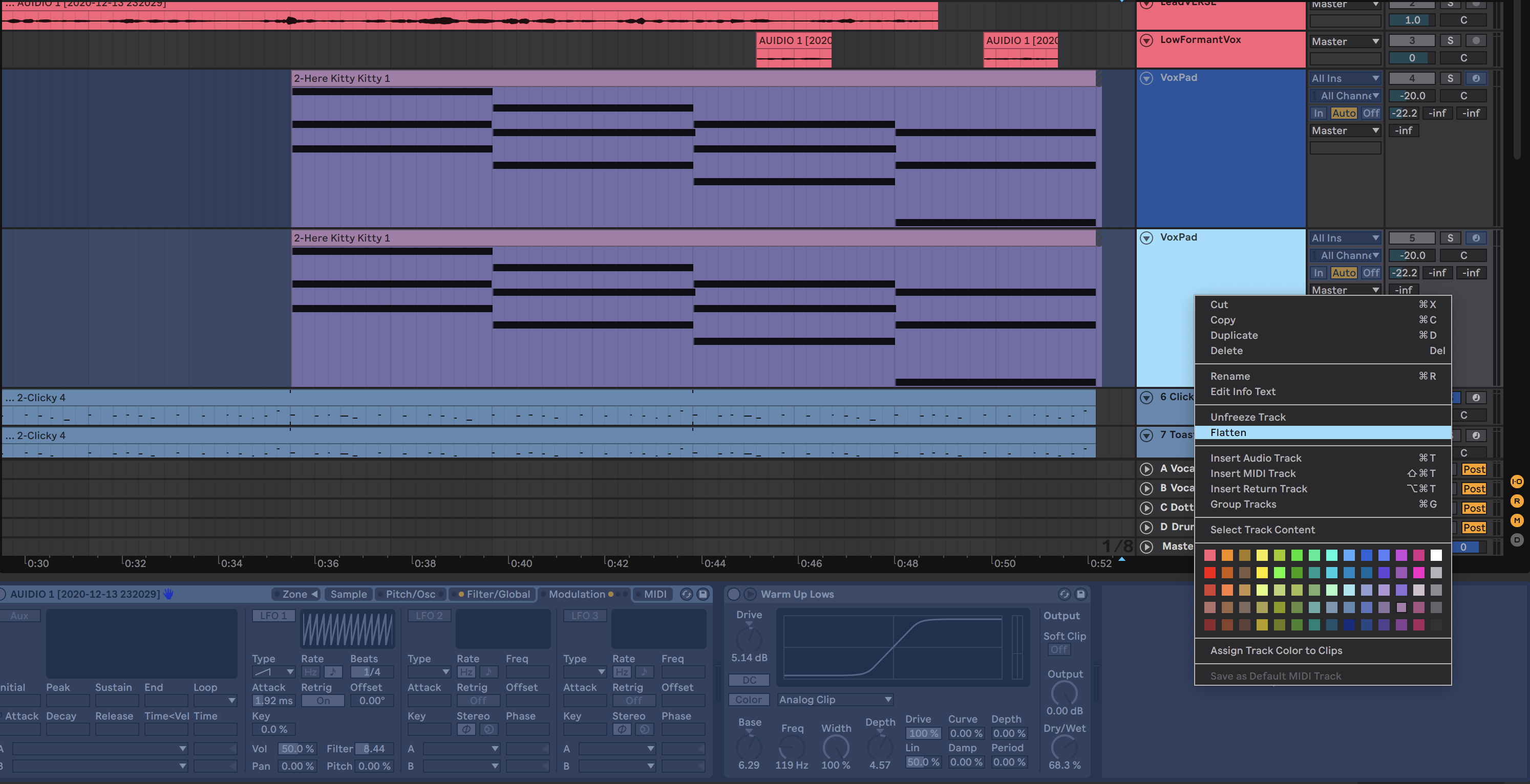 One little “life hack” you to remember is that you can always duplicate a frozen track before you flatten it. This is a great way to quickly create an audio copy of your track with sends still intact, but without losing the MIDI data and plugin settings.

But which one should I use?

Use resampling if you want to:

Use Freeze and Flatten if you want to: