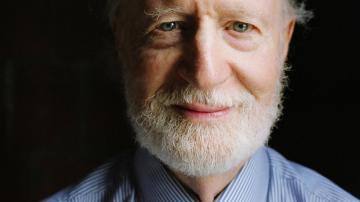 Mose Allison was born in the Mississippi Delta on his grandfather’s farm near the village of Tippo. At five he discovered he could play the piano by ear and began “picking out” blues and boogie woogie tunes he heard on the local jukebox. In high school he listened to the music of Louis Armstrong, Fats Waller, Duke Ellington, Louis Jordan, and his prime inspiration, Nat Cole of the King Cole Trio. He played trumpet in the marching and dance bands and started writing his own songs. After a year at the University of Mississippi, he went to the Army in l946, playing in the Army Band in Colorado Springs and performing with accomplished musicians from around the country in small groups at NCO and Officer’s clubs. Returning to Ole Miss he joined the dance band as arranger, piano and trumpet player, but shortly left to form his own trio, playing piano and singing in a style influenced by Nat Cole, Louis Jordan and Erroll Garner. After a year on the road, Mose married, returned to college at Louisiana State University and graduated in 1952 with a BA in English and Philosophy.He worked in nightclubs throughout the Southeast and West, blending the raw blues of his childhood with modern pianistic influences of John Lewis, Thelonius Monk and Al Haig. His vocal style was influenced by blues singers Percy Mayfield and Charles Brown.
Biography Source
Wikimedia Commons
Artist Website